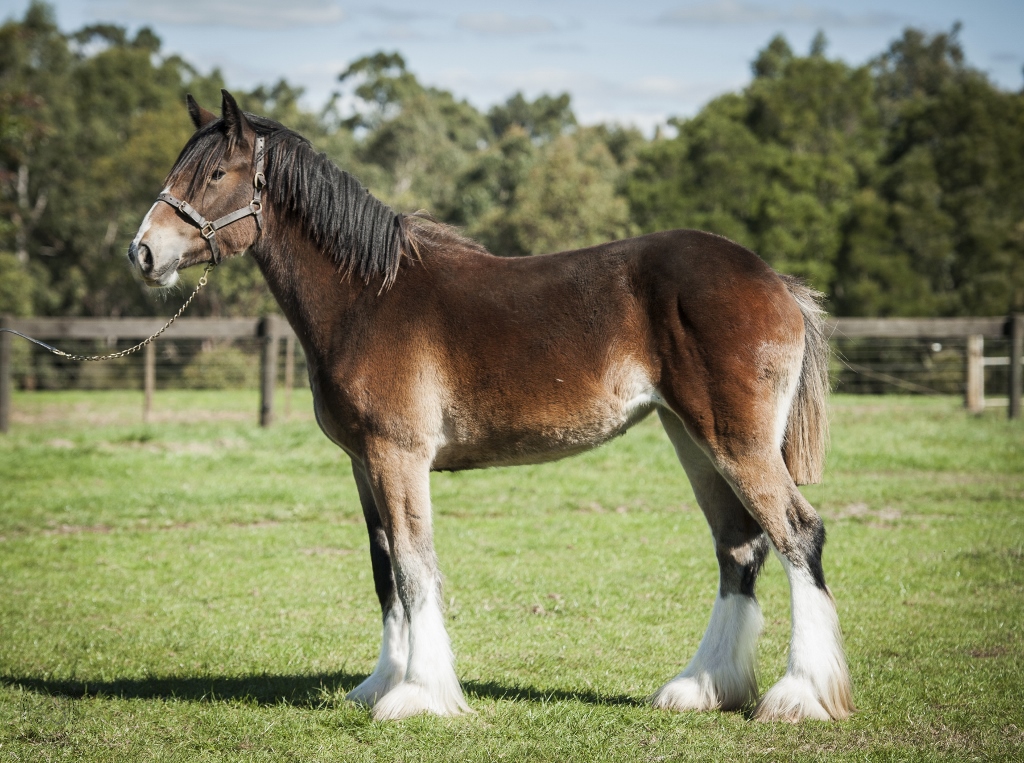 Registered with the Shire Horse Society UK, Southern Cross Diana is a well structured filly. Currently rising 3, she is expected to mature approximately 17.0-17.1hh. She has wonderful action and a lovely foot. While she has not been shown herself, she is out of one of Southern Cross Shires top Show Mares, Southern Cross Delta. A few (but not nearly all) of Delta’s noteable achievements include:
2011: Reserve Champion Junior Shire, National Shire Show
2012: 2nd (Filly or Colt Over 2, Under 4) Sydney Royal Easter Show
Champion Led Shire, Melbourne Summer Royal
2013:Reserve Champion Mare, National Shire Show
Diana is well marked and would be an asset to any breeding or show home. She is sure to mature into a lovely harness type. She has been well handled since birth and is easy to do anything with. 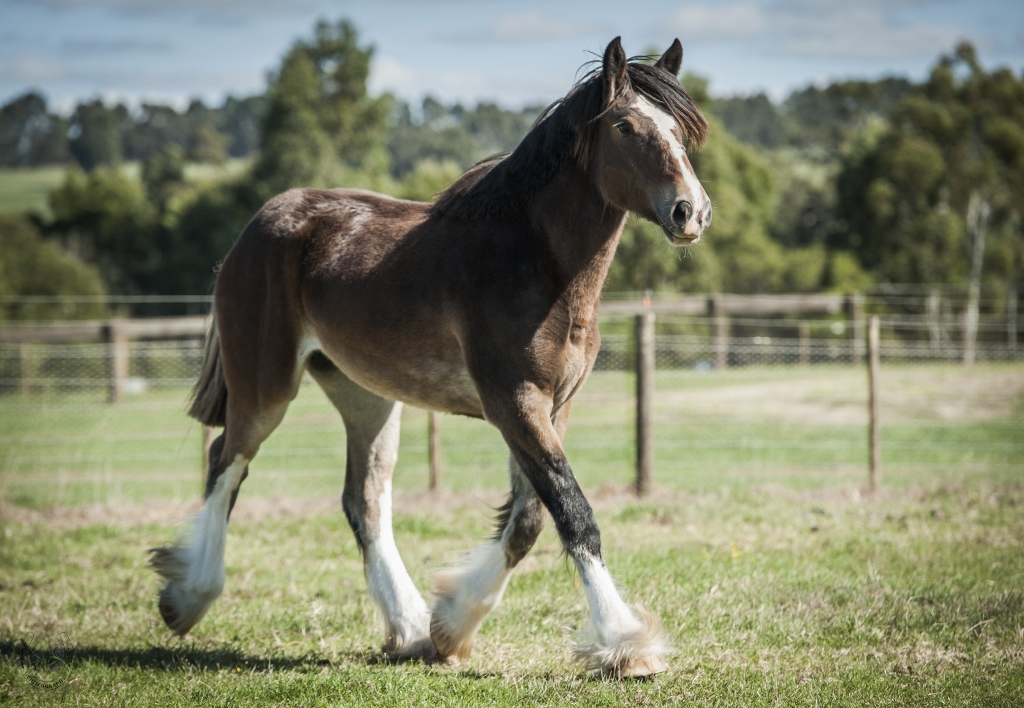 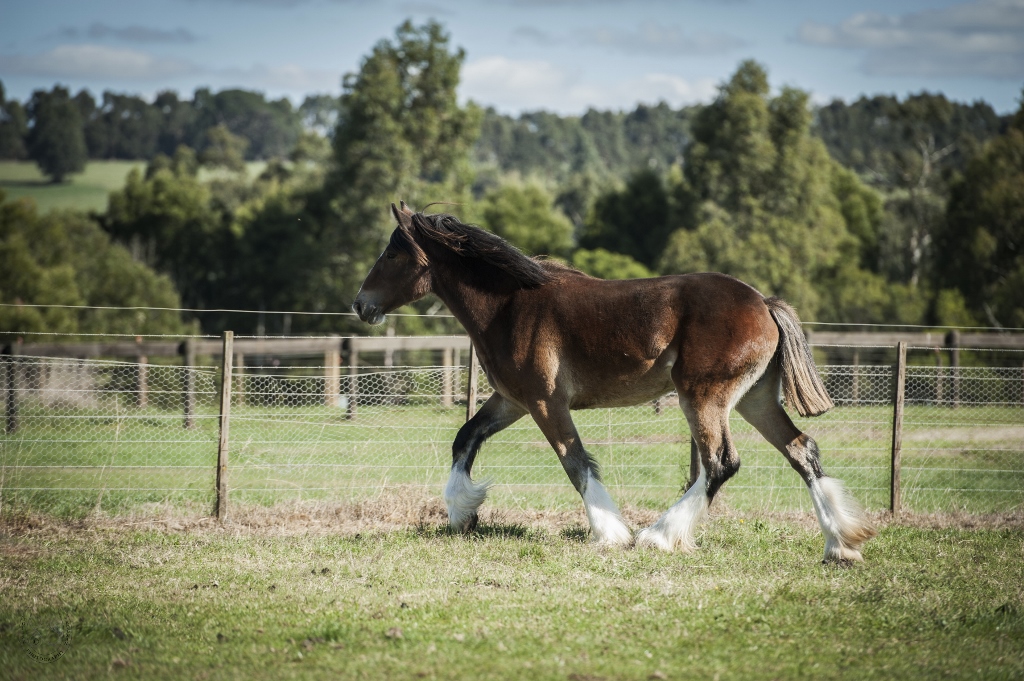